From Portland we headed back to Astoria, at the very northwestern tip of Oregon where the mouth of the Columbia River dumps into the Pacific.  Our deliberately vague plan was to continue along the coastline up through Washington into the nether regions of Canada.  A timely message from a good friend, however, reminded us of another locale that required investigation for possible future homesteading: Hood River, located east of Portland in the heart of the Columbia River Gorge.

So back we trekked once again through and past the urban sprawl and congested traffic of Portland, and thence into the splendor of The Gorge.  The Gorge was the first federally designated National Scenic Area in the US, and stretches around 90ish miles from Troutdale out to somewhere around The Dalles, between rugged hills on the northern and southern edges of the Columbia River where it forms the border between Oregon and Washington.  It’s a giant outdoor playground.  As a National Scenic Area, no further development is allowed in the area, protecting it from the urban creep and sprawl that’s so common everywhere else today.  Highlights if you find yourself traveling through this area: Multnomah Falls is a mandatory stop, check out the old highway route instead of Highway 84, and definitely hike up Oneonta Gorge to the falls at the back.  Alexis daily keeps asking us when we’re going back.

Also, if at all possible, get a room and stay a night at The Edgefield Inn in Troutdale.  It’s a very special place worth taking the time to stay at. or even simply explore for a couple of hours.

Hood River: Take your pick of water sports, copious hiking and backpacking opportunities, mountain biking, sport fishing and snow skiing (Mt. Hood is but 45 minutes away).  Hood River and the gorge have all this and more.  Hood River is even considered to be the Windsurfing/Kiteboarding Capitol of the World.  The town’s base is historically agricultural, with emphasis on apple and pear orchards, but since discovery as an adventure-oriented outdoorsy mecca, summertime is packed with adventure seeking temporary residents, and the downtown area caters to this crowd, with a slew of eateries and local breweries.

We camped at a local county park, right next to the actual river of Hood River, while we explored the community.  One litmus test we’ve developed to suss out the underbelly of communities of interest is simply checking out their Farmers Market.  Organic, locally grown produce is a great indicator for us, and we were happy to find a decent selection of such here.  Hood River ticks a lot of our homestead “want” boxes, but unfortunately it does so for a great many other people as well, as it turns out to be the most expensive real estate in all of Oregon.  Still, it’s a top pick at this early stage in our quest. 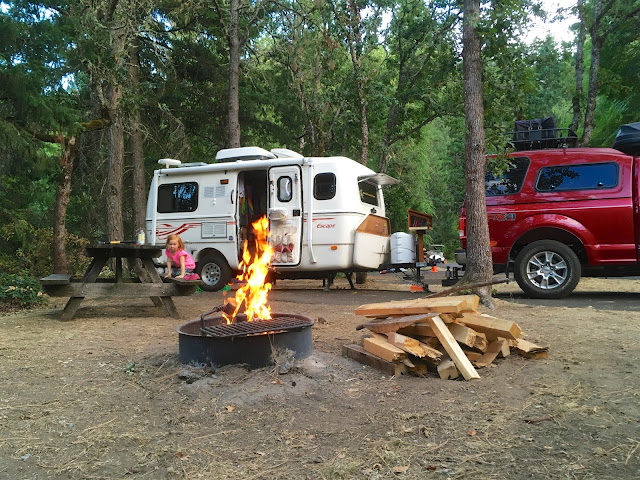 Some sections of the old Columbia River Gorge Highway have been repurposed as hiking/biking trails.  We rode one such section that passes through some interesting tunnels on its way to the neighboring town of Mosier.

We prolonged our stay in the area for a possible link-up with a dear friend who had a tentative trip planned to Portland one week hence.

We spent a day on Mt. Hood.  I showed the fam where papa had once worked many years ago as a Ski Patroller.  We got the full-meal-deal tour of Timberline Lodge.  I never knew that the picture of a woman on a ski lift on PeeChee folders was an early photograph of the Magic Mile at Timberline.  Timberline is a mandatory stop if you are anywhere even close, including Portland.  Book a room well in advance and spend the night, right there at the actual timberline at 7000 feet.  The lodge is fantastic.  The location is fantastic.  And you can ski there eleven months out of the year.  Do you remember the shots of the lodge’s exterior in the film The Shining?  That’s Timberline Lodge. 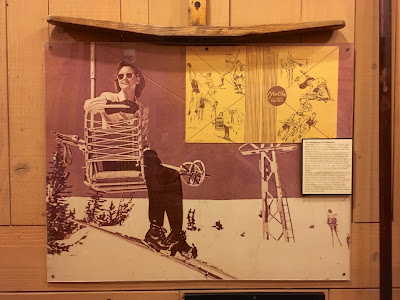 We spent another day playing at Lost Lake, rowed out across it’s clear, clear waters; tried unsuccessfully to catch some fishies; and jumped into its iciness to cool ourselves.

Several days of MATT parked in the shade had dropped our battery levels, and we were ready to explore something new, so based on some recommendations from a lovely couple we met in Hood River, we decided to explore a bit north into Washington in the vicinity of Mt. Adams, where we met another lovely couple and their two horses, and Camilla had her first ride ever on a horse.

After a day or charging up in the scorching sun we moved on though, and found a tiny little lake that we had pretty much to ourselves in the Forlorn Lakes region of the Gifford Pinchot National Forest.  Our campsite was located adjacent to a sign that had a picture of a passenger car with a big red circle and slash through it, and the words, “Road Not Maintained Beyond This Point”.  The next morning I just had to find out what that meant, and so went exploring a bit with Ruby, and sans MATT.  I came away with a keener appreciation for Ruby’s off-road prowess.  In almost all things I consider it good to know your limits, and I learned that Ruby’s are significant.  She is ready for adventure.  As are we. 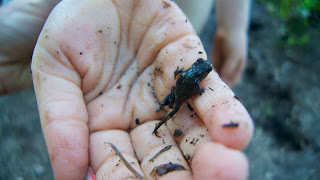