Michigan to The Farm

Ok, next.  How many states is Michigan?  One?  Wrong.  It is two: the lower part, known as "The Mitten", and the upper part, known as "Da UP" (Upper Peninsula).  UP residents, known as Yoopers, speak a curious mix of normal American and Canadianish.  Bonus fact: Yoopers affectionately refer to their southern neighbors as Trolls, because they live "under the bridge" (the four mile Mackinac bridge) that is the only physical connection between their neighboring states.  Still don't believe they're separate states?  Guess what the very first thing is that you encounter when you cross the bridge from Da UP going south to The Mitten...a Michigan State Welcome Center.

We'll chat more about Michigan later.  For now let's pick up our narrative as we depart those two confusingly same-named states.

Camping in these parts at this time of year is it's own flavor of fun.  If you yearn for quietude, don't mind the occasional ice storm, and Alaska is not in your travel budget, then Indiana is a solid choice.  Solid like a frozen skating pond.

We continue south to Kentucky.  I had imagined finding KFC's everywhere in these parts, like Starbucks in Seattle, one on every corner.  And sometimes in the middle of the block as well, between the corner ones.  But not so with the KFC's.  We did note as we drove through Kentucky's nether regions that there were oddly more churches than towns.  Lotsa little churches.  And also whiskey factories.  And thus is the balance maintained in The Force.  Zen.

I was surprised at how beautiful the countryside of Kentucky is.  It's the only place I've been in the US that I could mistake for a rural German countryside.  Rolling hills of woods and agriculture, neither overpopulated nor trashed.  Simply beautiful.

We had a wonderful time visiting some dear framily thereabouts.  Kids can be quite reliable social barometers.  They wear their emotions oh-so-openly.  And there were heartfelt lamentations and tears when we finally pulled ourselves away after a delicious multi-day visit.

We distracted the kiddos and ourselves with a trip to Mammoth Caves National Park, where Alexis and Camilla both earned their seventh Junior Ranger badges!  Trivia fact: Mammoth Caves is the longest cave system in the world, with over 400 known miles of caves, and counting! 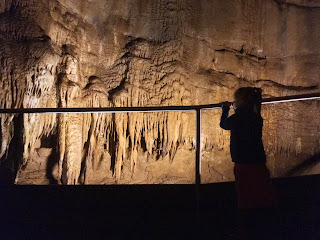 We continue our southerly track from Kentucky into Tennessee.  There are only two things on our agenda for Tennessee: the Bass Pro shop that is located in a giant glass pyramid next to the river in Memphis, and which features an indoor waterpark and a hotel consisting of cabins on the second level.

The second item on the Tennessee agenda is The Farm.

The Farm is one of the earliest communes in the US, established in 1971 by 200+ San Francisco hippies who embarked on a journey across the US in a fleet of buses, searching for a place they could make their home.  And they found that home in rural Tennessee.

We had first heard about The Farm several years ago as we educated ourselves about midwifery and home birthing.  Among a number of greatly ranging areas of focus - from sustainable living and permaculture, to design and manufacture of geiger counters -The Farm, out of its own necessity, had developed a talented body of experience and expertise in the field of midwifery, which then went on to become a cornerstone for the home birth movement in the US.

We just wanted to visit, to catch a glimpse of where these things had all come to pass.  To our great surprise it turns out that The Farm has both a campground and an Eco-hostel!

We stayed for three days, and in that time caught a folk-music show at the theater, Kirstin went to Ladies Day at the Sauna/Swimming Hole, but of far greater import, we met some great and interesting people, both residents of The Farm and transient Seekers like ourselves.  We asked questions and listened to stories.  We learned some valuable lessons about Community and how to achieve success as an Intentional Community.  We found new friends that would be welcome as part of our own circle, should we ever realize our own Intentional Community. 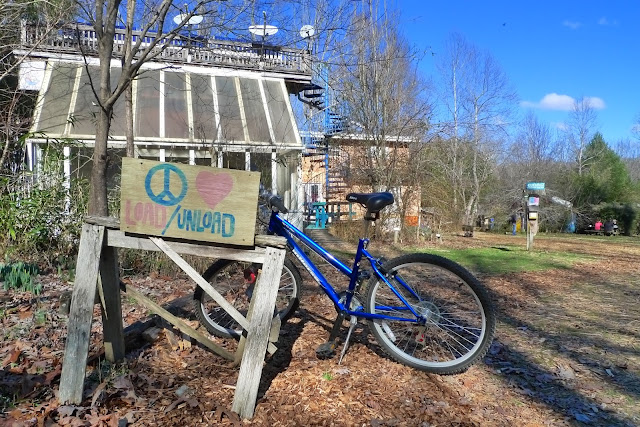 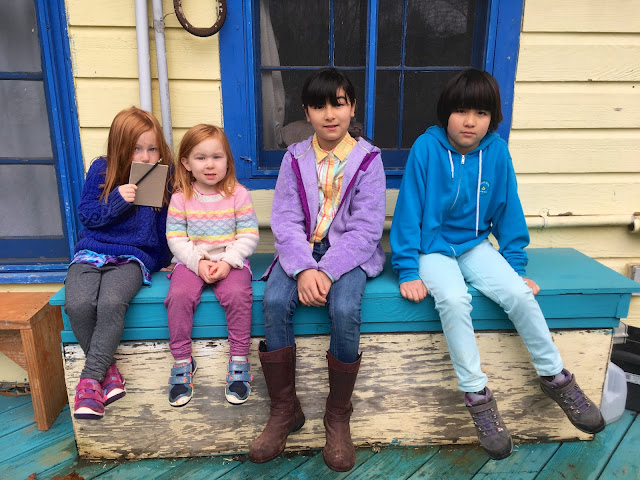 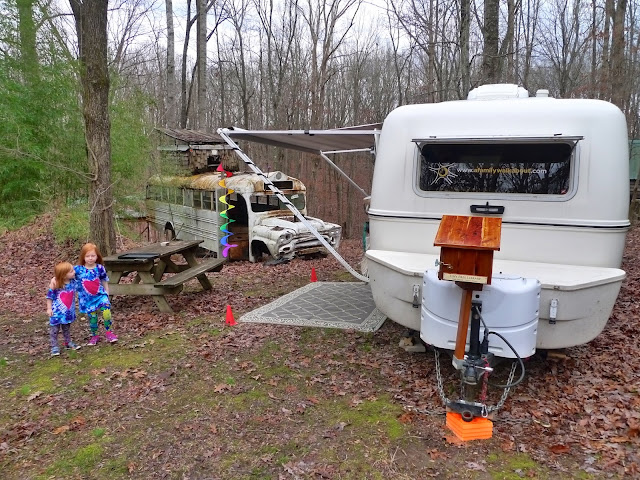 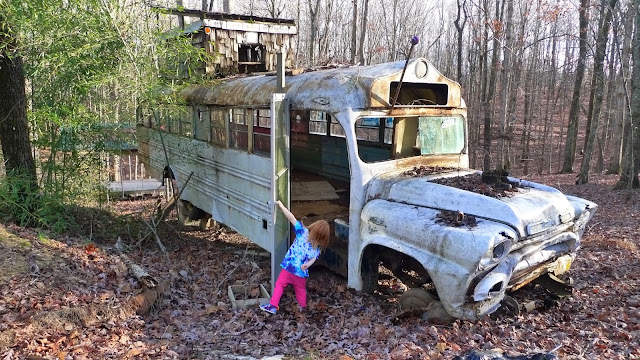