As we worked our way up the California coastline I found myself eager to get further faster, tense instead of relaxing and taking it slowly, savoring each morsel as we had intended.  At first I thought I just wanted to get up past the hustle and bustle of San Francisco, and then I'd settle down.  But we made that milestone and still I felt an incessant tug to get further and further before chillaxing.  Somewhere in the vicinity of Redwoods National Park in Northern California, I sat down next to a stream as the girls chased polliwogs, and tried to put my finger on why I felt so itchy to get further up the road.  After a bit of self-reflection, the best guess I could theorize was some unconscious urge to get back to Oregon, land of my youth.

So on we marched up the coast.  We briefly abandoned the coastal route to shoot inland over the border to The Oregon Caves, a charming gem, highly recommended.  If you can plan ahead far enough to get reservations, stay at the Oregon Caves Chateau.  It's an absolutely charming remnant from FDR's New Deal and public works projects, and one of only a few such fabulous hand-hewn lodges in Oregon, along with the lodge at Crater Lake and Timberline Lodge on Mt. Hood, all now part of the National Parks system, and all remarkable places, well worth the effort to seek them out.

We opted for the much more affordable and delightfully empty and quiet Forest Service campground just down the road from the caves, a beautiful swath of woods next to a babbling stream.

The caves themselves are pretty cool, of course.  Literally. 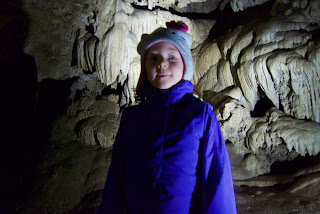 We ducked back to the coast and continued north.  Not far along we stopped at Humbug Mountain State Park.  Kirstin found out why it's named Humbug Mountain after climbing the 3 miles to the top at sunrise to find it tree-covered, obscuring the view of anything but trees.  Humbug.

And our campsite was rife with wild blackberries. 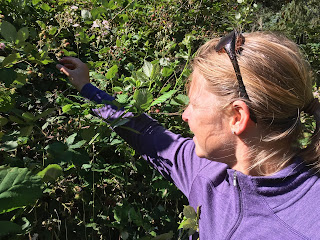 Further up the coast we found a bit of BLM land (free "dispersed" camping) right on the beach.

Kirstin caught a bucketful of Dungeness crabs in the surf, but prior to boiling them we determined they were females and not legal for making into dinner, so we apologized to them for our mistake and returned them to the waves. 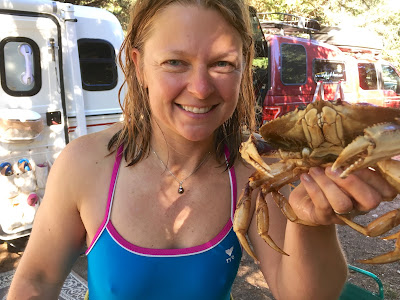 But the best thing that the Oregon coast held waiting for us was a reunion with some of our dear friends from Cali, wonderful people who embody the concept of "framily", and co-conspirators in ongoing development of our plan to establish a "compound" somewhere.  Is there still some land available in Antelope? 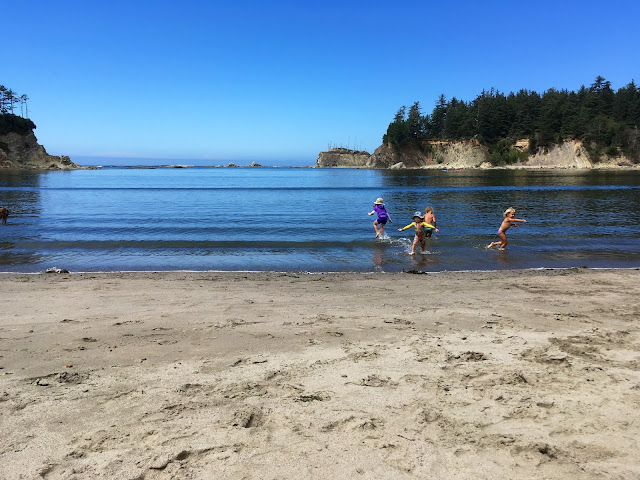 And lastly for now, just a couple bonus pics: 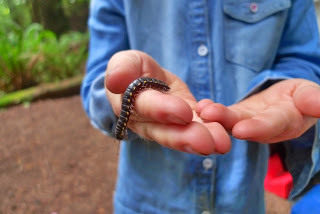